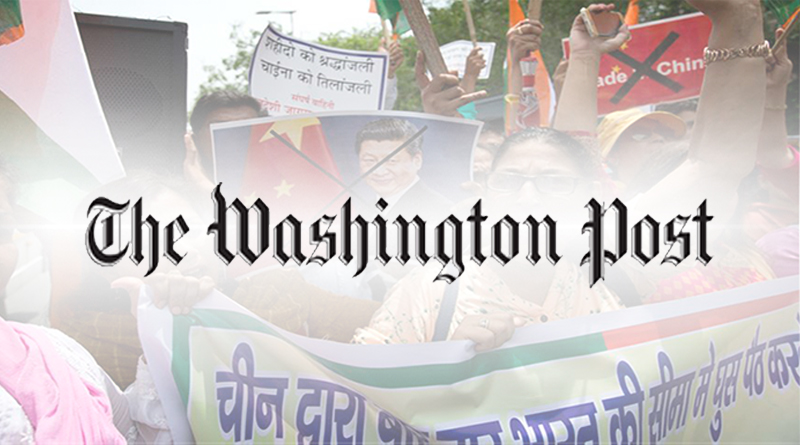 On the front page of the Travel Section of Sunday September 2, 2018, there is a prominent caption for the main article “The World’s Rooftop”. The caption reads: ”….  in Lhasa, in China’s Tibet Autonomous Region.”

This caption is false and plays into Communist China’s genocidal crime against the Tibetan people who have courageously opposed the Chinese occupation of their country since the 1950’s.  In the same article and on page F3, the author wrote: “We’d been warned not to discuss politics during our four days in Lhasa, especially the current Dalai Lama who fled to India in 1959 amid Beijing’s bloody crackdown on Tibet.”  By mentioning Tibet as an autonomous region of China, the author is not only condoning, but also encouraging China to commit crime against humanity.

To the Post’s credit, it has published 2 recent articles about China’s current genocidal crimes in Xinjiang, a western muslim province in China:

Both articles exposed China’s intention and crimes against humanity and called attention to the world.

But, in general, the Post seems to be very China-friendly in its coverage of world news.  A case in point is presented here: in June, 2018 the Vietnamese Communist government announced they will  pass a law to lease key strategic land and ports for 99 years to China and another law on Cybersecurity to restrict/prohibit internet and social medium freedom.  Protests by Vietnamese took place immediately (and continuing to this day) around the world: Germany, Netherlands, France, Australia, Canada, US(many cities), and about a dozen cities inside Vietnam.  While other publications and media such as the Wall Street Journal, the New York Times,  Youtube, Google… mentioned about the protests, the Post has remained largely silent.  The protests inside Vietnam were brutally repressed.  The Post is failing in its responsibilities and duties as an independent and  unbiased voice for freedom and universal human rights.

We realized that The Post is owned by Jeff Bezos, CEO of Amazon which has extensive business interests in China.

Protecting China or siding with China is a narrow and shortsighted view.   The president of China Xi Jinping has openly proclaimed he will dominate the world (including the US) within decades (Refer:  book “The One-Hundred- Year Marathon” by M. Pillsbury and Xi Jinping speech at The 18Th Chinese National Congress in 2017).  When and if that happens, there will be no more American Amazon which will be replaced by a Chinese “Amazon”.

We are calling on the Post to be much more vigilant on the Chinese threat to the world and to publicly denounce their dastardly economic, military, criminal, and pirate-like schemes.

Movement for the Renaissance of Vietnam