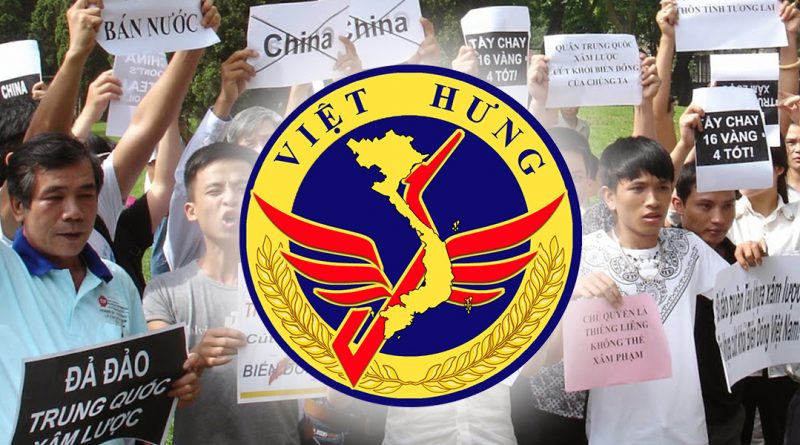 For more than three weeks Vietnamese people in Vietnam and everywhere have held mass demonstration protests against the Special Economic Zones draft law and the Internet Security Law recently adopted on June 12 by the Vietnam General Assembly.

The draft law of Special Economic Zones is the short title for the Law on Special Administration Economic Zones for Vân Đồn, Bắc Vân Phong and Phú Quốc. This law allows the leasing of land in these areas to foreign countries for a lease period of 99 years.

Due to the extremely strong protests of hundreds of thousands people from June 9, 2018, the Assembly has deferred the adoption of the bill to the Sixth Meeting of the General Assembly.

The purpose of the law of Internet Security is said to protect national security and to maintain cyber order and safety, but in fact this law is designed to prohibit freeedom of expression of the people. The law requires all internet service providers to submit to the state personal information of all internet users. This law was recently adopted by the Assembly on June 12, 2018 and will come into effect on January 1, 2019.

The Assembly of the Communist Party of Vietnam has played a dirty trick on the people of Vietnam by submitting two draft laws for discussion at the same time. While public attention was drawn to the protest against the Special Economic Zones Bill, the Assembly, in a crafty maneuver, has quietly adopted and passed the Internet Security Law.

Dear compatriots in Vietnam and abroad, the Movement for the Renaissance of Vietnam is an organisation created overseas with the slogan “Drive out the Chinese.  Save the country”.

With the clear and present danger of threat to the country from the North, the Movement declares that:

The adoption of the Internet Security Law serves the sole purpose of stopping the propagation of information and silencing the voice of the people to facilitate the ploy of the Communist Party of Vietnam to sell off the country to Communist China.

The Movement for the Renaissance of Vietnam pays tribute to the demonstration of the  patriotic spirit of the citizens of Vietnam throughout the country and all over the world in the last few weeks. We exhort you to uphold this spirit, continue the massive public protests and keep up the pressure, forcing the National Assembly to withdraw these two laws. We vehemently condemn the selling out of the country to Communist China by the Vietnamese Communists.

Throughout the history of Vietnam, there has never been a political regime as vicious, brutal and inhuman as the current Vietnamese Communist  regime.

In order to provide specific support to the protest demonstrations in Vietnam, the Movement for the Renaissance of Vietnam pledges to continue its assistance to protesters requiring hospital or medical care due to police brutality.

Movement for the Renaissance of Vietnam)