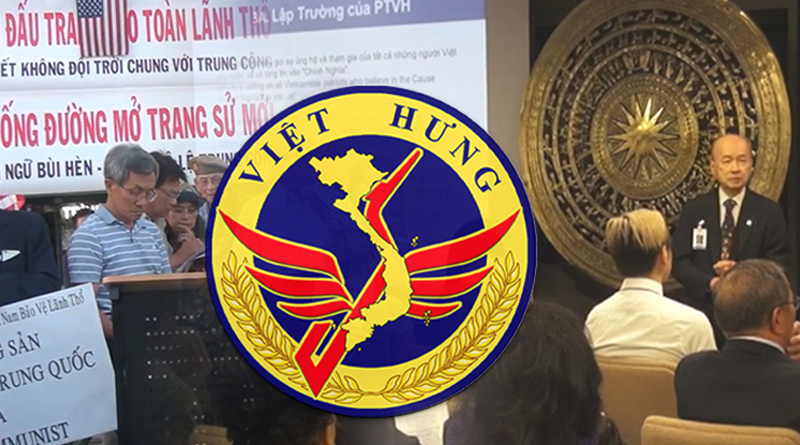 As we begin a new year, the situation in Vietnam is getting worse for the Vietnamese people.  In 2018,

These are just a few of the final steps of total Chinese annexation of our old homeland which started decades ago (a Chinese General: “Occupation without firing a shot.  Much cheaper than using bullets and soldiers.”)

This is the main reason why I formed the Movement for the Renaissance of VN (or “Phong Trao Viet Hung”;  PTVH):  to help and support the Vietnamese people in Vietnam to kick the Chinese invaders out, like our ancestors who had expelled the Northern invaders more than 10 times in our heroic history.

We want to thank our families, supporters and friends who provide invaluable encouragement and unswerving assistance in all or activities.

Our New Year’s Resolution:  Continue the fight to expulse the Chinese communists from Vietnam until our last breath.

Movement for the Renaissance of Vietnam